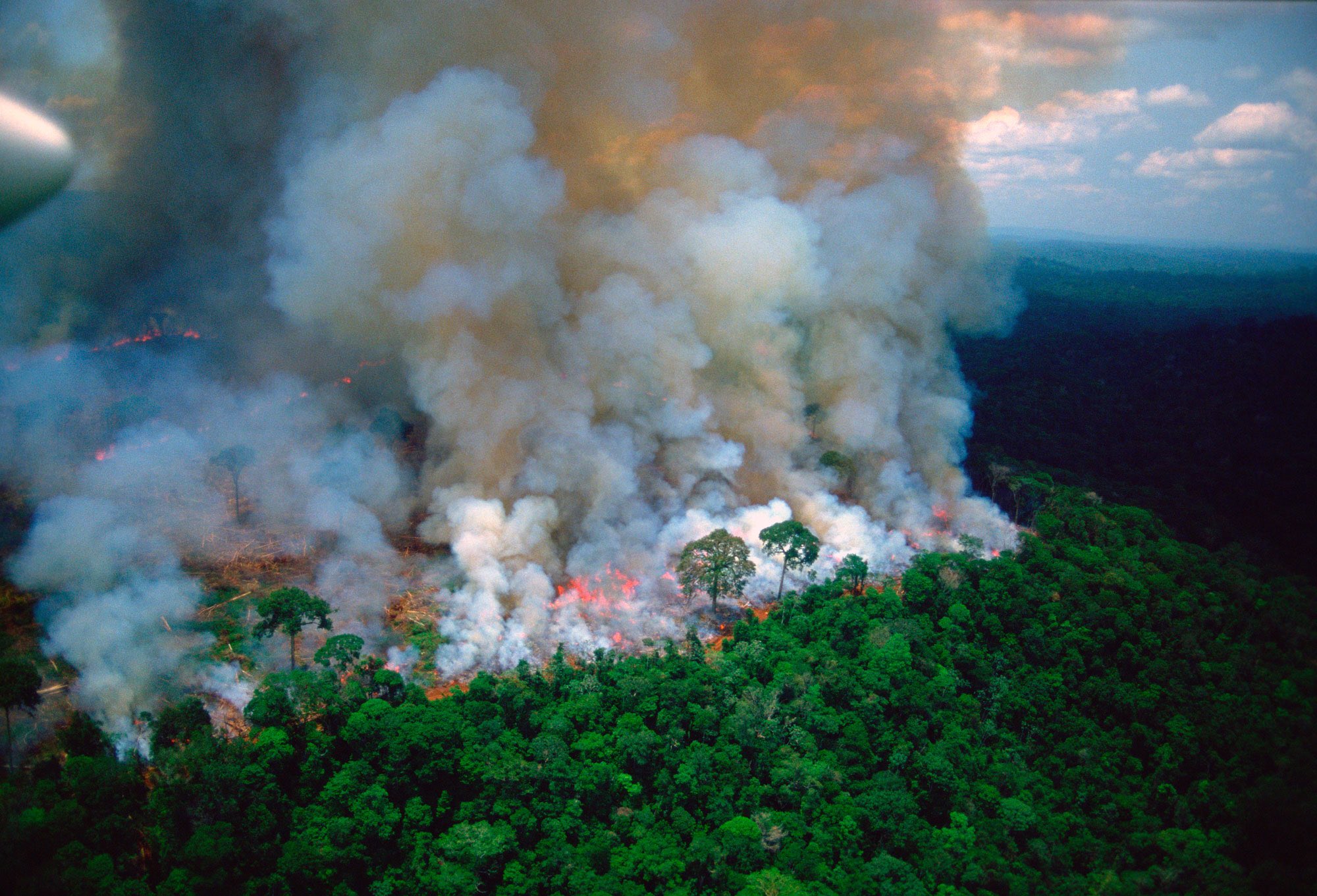 The the world's "last lung" is burning for several days and it needs our help!


French President Emmanuel Macron has called on members of the Group of Seven (G7) to discuss the raging wildfires ravaging the Amazon rainforest in Brazil.

"Our house is burning. Literally. The Amazon rain forest - the lungs which produce 20% of our planet’s oxygen - is on fire. It is an international crisis. Members of the G7 Summit, let's discuss this emergency first order in two days! #ActForTheAmazon," the president tweeted on Thursday, a few days before the start of the G7 summit in Biarritz.


Our house is burning. Literally. The Amazon rain forest - the lungs which produces 20% of our planet’s oxygen - is on fire. It is an international crisis. Members of the G7 Summit, let's discuss this emergency first order in two days! #ActForTheAmazon pic.twitter.com/dogOJj9big
— Emmanuel Macron (@EmmanuelMacron) August 22, 2019 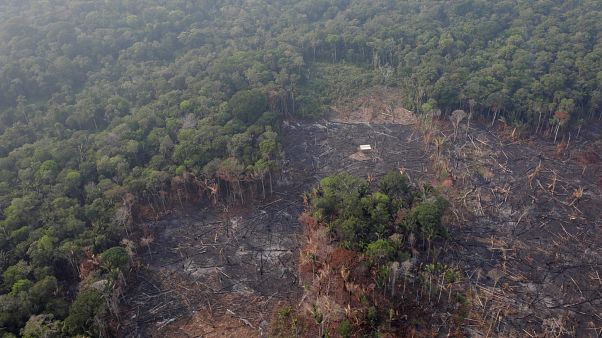 The Brazilian Amazon is ablaze as a record number of fires continue to ravage the vast rainforest. The Brazilian Army could be deployed to help tackle the vicious fires after the nation's government faced mounting international pressure to take more action to tackle them. There have been a record number of wildfires in the Amazon this year most of them occurring with the past two weeks.

The vast stretch of flames has been captured on both NASA and NOAA satellites from space. According to the National Institute for Space Research (INPE) satellite data showed an 83 percent increase compared to the same period in 2018. The space agency reports its satellite data has detected more than 72,000 fires since January 2019. 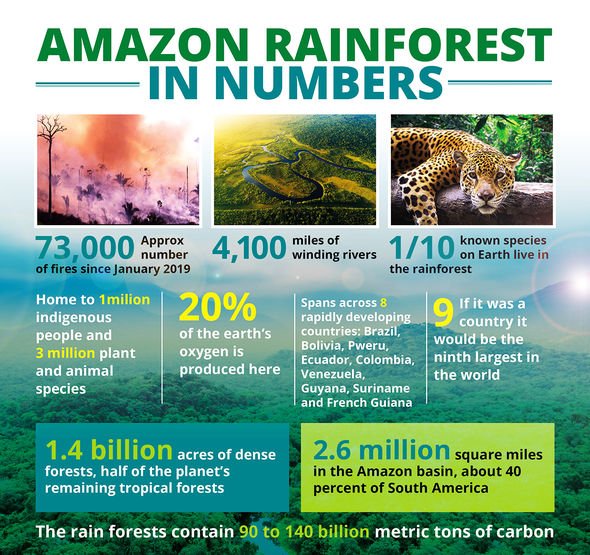 The heavy smoke caused a daytime blackout more than 1,700 miles away in Brazil’s largest city São Paulo on Monday.

Josélia Pegorim, Climatempo meteorologist, told Globo: “The smoke did not come from fires from the state of São Paulo, but from very dense and wide fires that have been going on for several days in Rondônia and Bolivia.

“The cold front changed the direction of the winds and transported this smoke to São Paulo.”

The smoke resulting from some of these wildfires was also captured in satellite images released by NASA. 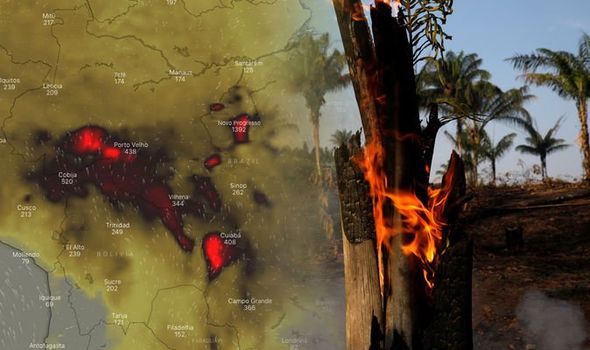 How did the Amazon rainforest fires start?

The space agency said it had detected more than 74,000 fires between January and August and more than 9,500 forest fires since Thursday, mostly in the Amazon region.

Some conservationist have blamed Brazilian President Jair Bolsonaro for the forest fires, saying he has encouraged loggers and farmers to clear the land.

Mr Bolsonaro said he disagrees with the latest data presented, saying it was the “season of the queimada”, when farmers use fire to clear land.

He said: “I used to be called Captain Chainsaw. Now I am Nero, setting the Amazon aflame.”

Wildfires often occur in the dry season in Brazil, but this year has been worse than normal, according to INPE. 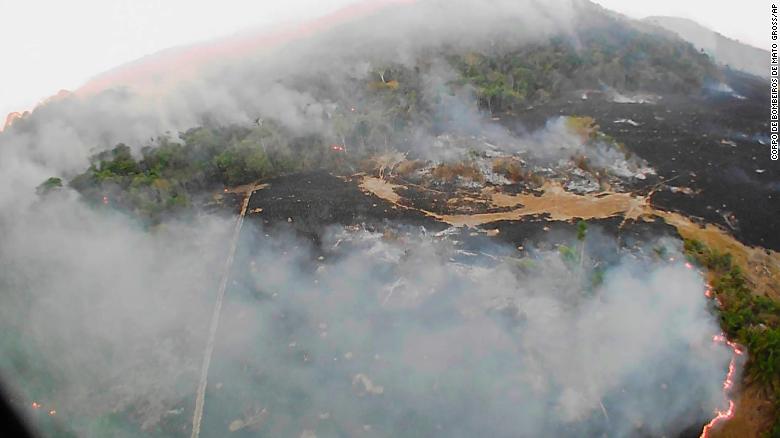 In addition, fires are deliberately started in efforts to illegally deforest land for cattle ranching.

Cattle ranching is the largest driver of deforestation in every Amazon country, accounting for 80 percent of current deforestation rates.

Amazon Brazil is home to approximately 200 million head of cattle, and is the largest exporter in the world, supplying about one-quarter of the global market.

The Amazon rainforest has been fire-resistant for much of its history because of its natural moisture and humidity but NASA has said drought and human activities are causing wildfires.

A release from the space agency said: “The intensity and frequency of droughts in turn, have been linked with increases in regional deforestation and anthropogenic climate change.”

Ricardo Mello, head of the World Wide Fund for Nature (WWF) Amazon Programme, added the fires were “a consequence of the increase in deforestation seen in recent figures”. 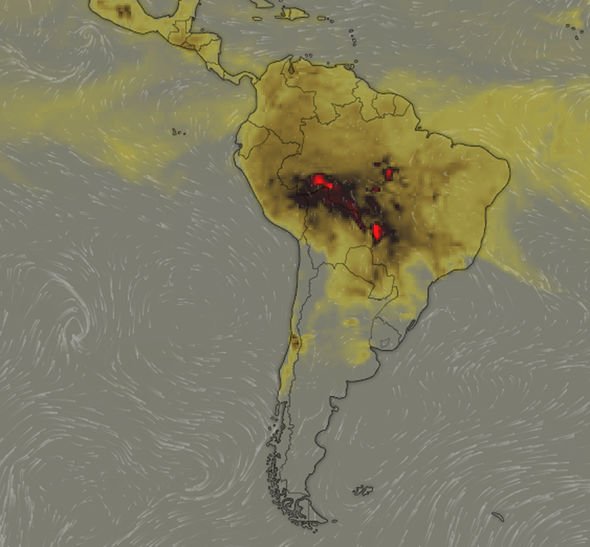 How long has the Amazon been on fire?

Due to the number of fires in the Amazon rainforest, it’s hard to predict exactly when it started.

However, the fires have increased recently, with more than 9,500 infernos since Thursday.

Since January, 72,000 fires have blasted the rainforest, a number that is likely to go up in the coming weeks.

At the end of the day, there will be one question for all: HOW CAN WE SAVE AMAZON RAINFOREST?